A beginner’s guide to VFX and Animation – Simplfied

You are here:
Articles by Accord Equips 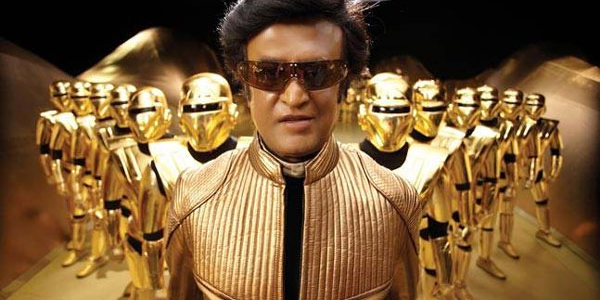 The success of Krish3 makes India smile. The VFX quality in the movie did not make us look away in shame. We stood up to the international studios.

The success of Krish may spur more VFx films in this genre. It may also open doors to VFX producers in India. we may soon see mushrooming of visual effects schools & animation schools all over India. Many students will start seeing VFX as a career option

Animation was treated a great career prospect awhile back, till it lost its sheen. Krish 3 may just get that sheen back. Presented here a beginner’s guide to VFX & Animation

These growth figures clearly indicate that there is little doubt of the fantastic growth potential in animation.  Before you take the plunge here is beginner’s guide.

The essentials for becoming an animator is understanding colours, movements and being creative. Just knowing softwares would hardly make you a great animator. It is essential that you are able to put in long hours and ready to experiment. Its about working in a team.

Contrary to the laym,an’s understanding, graphic designing is more for web based work and not so important in VFX.

The different areas of animation are as under

Everybody may not specialise in all these areas but should have understanding of all the different areas.

This modelling happens on computers.

A rigger typically needs programming skills. He should be technical and should understand softwares

His main is to give movement to the character’s body parts developed by the modeler. For eg if a man is shown with the hand moving. The modeler will make the man and the rigger will give the arm movement as advised by the animator.

The technical rigger looks in to the nuances of the movement of hair, fur etc

He decides the on the character’s movement(animation). He advises the rigger on what type of movement would be in play. He obviously advises the modeler on the what needs to be modeled

He should understand acting and should be able to imagine and portray the finer nuances of each movement.

In short he decides on the screenplay in the literal sense. Like how the tiger would prowl, or the man would slip, etc

He is the cameraman of the animation project. Ie he would decide on the falling shadows, the reflections, where the source of light would be etc.

Being a good photographer would be a big plus.

He would normally know softwares like 3d max, Maya etc. he would also be well versed with plug ins like V ray, Mental ray etc.

He would be the person layering or superimposing. He would need knowledge of rotoscopy and BG preparation

Knowledge of editing and direction would be a plus.

Normally one becomes a compositor after 3 to 4 years of experience. They would normally be wellversed with softwares like

This person would require :

Knowing photoshop would be a plus

We have already mentioned earlier that knowing softwares alone does not make a good animator. Secondly softwares keep upgrading. Everybody cannot know all softwares.

There are many softewares but we’ll take a few here :

Flash – better for 2D –  cel animation people use this better

For the sake of understanding

Once the script comes in

The animator becomes the director and decides on how the script would unfold on screen with all the finer nuances.

the modeler to create the BG and the characters

the rigger to give the characters movement

the technical rigger to give movements to the finer nuances

The lighting person to give the right shading as well as match the existing lighting in case of compositing.

The matt painter would be the art director to decide the textures of the characters and create the background which could be palaces, hills etc.

This gives you a very basic idea and would give you a pathway for deciding your career move.

We repeat, being a good animator would entails skills of colours, patience, teamwork, and imagination. All the best.

Written by Tejash Shah of Accord Equips with inputs from Prem Lohana of VFX and Apurva Shah of Pixar. (Date : Jun 2012)

How does Netflix approve Cameras?
October 5, 2020