You are here:
Articles by Accord Equips 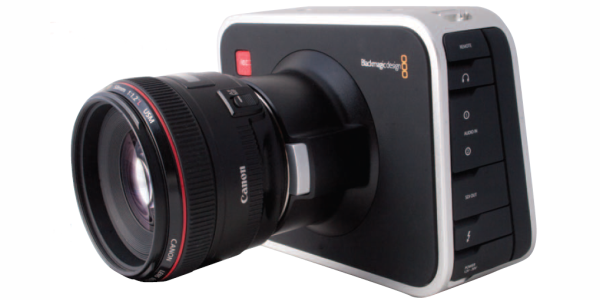 No camera has divided the world into two opposing factions as Blackmagic Cinema Camera did. It’s an interesting time for the digital cameras, with every year a new revolution on the edge, and Blackmagic has certainly been successful in generating ripples in the market. But how successful it gets in becoming filmmakers’ primary choice remains to be seen.

Discussed here are some salient features of the camera:

RAW
The most amazing quality of the camera, (after its price, which is a titillating 3000$) is its ability to shoot in RAW. The camera shoots at 2.5k RAW (at 2432 x 1366) in CinemaDNG format. It also shoots in Apple ProRes and Avid DNxHD compressed formats with 1080 HD for greater workflow compatibility. The picture you get in 2.5k RAW is amazing, more so when you compare it to DSLRs. The 13-stop dynamic range captures colour in a way giving it a very film-look.

SSD Recording Media
The Cinema Camera records in SSDs. This is not the cheapest option for data storage. But considering that it’s recording 12-bit RAW, or 10-bit ProRes or DNxHD in 4:2:2; this much disk space seems justified. Note that SSDs cannot be formatted in the Cinema Camera; you have to do it in the computer only. Coming to think of it, for some it would be an advantage; for some, not.

Audio
The audio Cinema Camera provides is much better than a DSLR, which is notorious for its continuous hiss and picking up camera noise. Now you don’t have to be dependent on external recorders for recording on-location sound. Also its cool Metadata entry will help name your shots on shoot itself, for easier reference.

Colour Correction Software Loaded
The camera comes with full licensed version of DaVinci Resolve- colour-correction software; and Ultrascope, at no extra cost. You also get Media Express software for capturing RAW footage into your computer via Thunderbolt.

EF and MFT Mount
The camera is available in EF (Canon) mount (also compatible with Zeiss lenses) and MFT (Micro four-thirds: for manually operated lenses). The MFT mount allows you to mount many lenses including PL Lenses with the help of other lenses.

Sensor Size
The camera lacks in its sensor size. The sensor 15.81mm x 8.88mm is bound to give a crop factor of about 2.4 for EF mount (1.7 for PL mount). This is great if you want tele-shots but for wide-angle ones, it will make you feel like Popeye without his spinach diet. Apart from the crop factor, the small sensor size will also make the camera less capable while shooting in the dark, i.e. less ISO range.

Form Factor
The camera needs a lot of building up before it can be used on field. The touch-screen display though looks cool and novel; can be tough while shooting in broad daylight.

Battery
And not to forget their biggest flaw in design- a non-removable battery. Though there are ways it can be worked out, like accessorizing with V-mount batteries; it still makes no sense why they cannot have a door for the battery. Blackmagic claims that their battery will support a shooting time of 90 minutes and 2 hours standby, which is far from being sufficient in most situations. It takes two hours to charge the battery when not in use. For battery options: http://www.cinema5d.com/viewtopic.php?f=125&t=40759

No Aperture Calibration
The camera has no calibration for aperture, which means you can open or close the Iris, but you don’t get a reading of what T-stop you are at. Also note that the maximum frame rate it can shoot is 30fps.

All in all, the camera is gaining popularity for its image quality. And any camera offering such incredible video at such irresistible price will. Some innovative accessorizing and firmware upgrades should help make this camera, today’s filmmakers’ favourite.

Category: Articles by Accord EquipsBy adminSeptember 14, 2013Leave a comment
Tags: Black magic cameraBlackmagic camera Pros & consHD cameras
Share this article
Share with FacebookShare with TwitterShare with PinterestShare with LinkedInShare with Google+Share with WhatsApp

How does Netflix approve Cameras?
October 5, 2020