Differences between the Sony FS7 and FS7 II 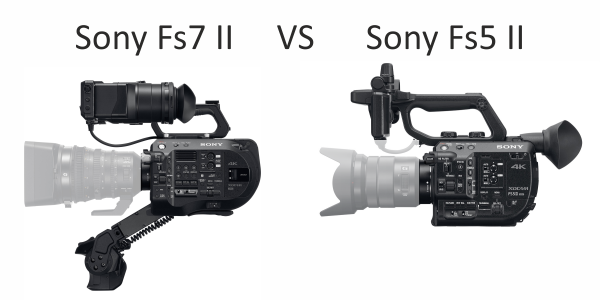 While the FS7 has 4 levels of ND, The FS7 II gets the an electronic neutral density filter which is continuously variable from 1/4 to 1/128 strength. It can also be completely disengaged when unneeded and is automatically replaced with a clear glass.

The Electronic ND works in 3 ways

1. You can preset the four-position filter wheel to whatever fixed discreet levels of ND you want – in a similar way to the way you can assign values on the gain switch on other models. This allows you to work in much the same way as you would with a conventional ND filter wheel, with rapid ND changes if you need them.

2. Alternatively you can use a thumbwheel to vary the ND continuously, through seven stops of correction. This is essentially a better version of a front mounted variable ND filter, but without the drawbacks.

3. You can use automatic ND for auto exposure without varying f-stop, gain, or shutter speed. The electronic neutral density control doesn’t affect the color the way a regular ND fader filter on the front of a lens does, and it quickly becomes your primary exposure control, allowing you to work at a constant aperture in almost all situations.

The innovation about the E-Mount Lever Lock mechanism makes it very similar to the PL mount system used in cinema productions: instead of turning the lens you now turn the collar.

This helps lock lenses more tightly and is ideal for large camera setups such as when you have a matte box and follow focus setup, as you don’t need to twist the lens.

This mount is ideal for cinema, large lens setups and also when the camera is on a tripod but could be challenging to use single handedly.

The FS7 II’s “tool-less” mechanical design lets users make on-the-fly changes to the camera’s set-up and operation. For example, no tools are required to adjust the Smart Grip or viewfinder positions

The microphone mount is now runs on a 15mm rod, rather than being fixed on the rod as on the FS7. The mount has been modified for better noise isolation from handling. The new mount allows you to use a microphone either on top, or slightly underslung closer to the lens.

The viewfinder mount’s front and rear adjustment has been changed from a round rod, to a very slightly longer squared-off tube that will ensure that the viewfinder stays in a horizontal orientation. The earlier circular rod has been provided for users preferring the old one.

In the nutshell, a few changes making it primarily useful for feature film makers. Documenatry and smaller film crews will continue to prefer the older version