You are here:
Data Recovery 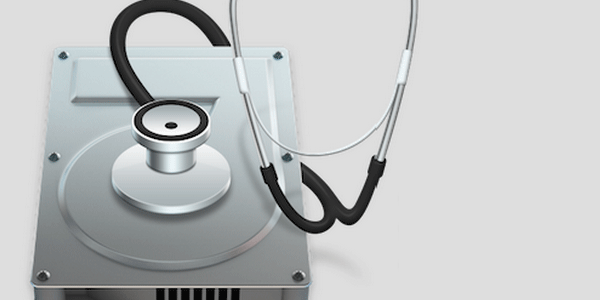 Losing footage shot on tapeless cameras is a nightmare. Read this, and sleep in peace

This article will give you some basics to recover your lost footage.

In most cases, any information on a computer / chips can be recovered, even with hardware or software malfunctions. The data in a typical computer system is normally stored on one or more hard drives, and this magnetic information is available after a crash, if the right tools and techniques are applied in a timely fashion.

To know more read ahead :

It is important to win the entire team. Tapeless is not just a technological change but a shift in the work culture.

Remember that editing systems and software systems in general weren’t designed to be compatible. Given the fact these systems are yet emerging processes, plan your workflow early with a post house or hire company.

Update the cameras, systems and the software versions

Often we find the edit system s not updated to handle the new tapeless format or recording card. Some older version edit systems need some codecs to make them compatible with the cameras in use. Some cameras need the most recent firmware updates to be able to use the newer recording cards. Some older models may not be compatible with newer cards, so be sure to check your camera’s compatibility. Some of the old EX3 cameras cannot record in the 32 GB cards.

Load the cards in the correct direction

While shooting on location, please keep 2 HDD ready as ideally one should make 2 backups at the end of the day after the shoot. While one back up would be used for post production the 2nd back up should be kept away at some safe place to be used only as an emergency.

Keep a Back up incharge

Using digital recording has prompted the emergence of an important new crew member: the digital imaging technician or the backup incharge. The idea of having a person responsible would ensure that no data is compromised as well as data is safely backed up.

Good memory card readers can mean the difference between a quick, easy and reliable download and a slow, difficult one. Spend a little more and get a decent memory card reader. Cheaper readers may wear out earlier than those with quality made components.

Please plan beforehand the nomenclature systems of the recording cards, HDD etc. Work out a library system that ensures you only keep what you need. Some people we know use some sort of digital memory card wallet. The filled card is turned over in my wallet so the back is facing up, that way, they know not to use this card again until it is downloaded and reformatted. Something this simple method can keep you from copying over a full card!

Do give time for transfers

Tapeless footage transfers faster than real time but it does take time so allow for transfers, uploads etc.

Do not disconnect the power source during operation

Do not turn on the power in places with low atmospheric pressure, such as at altitudes higher than 3,000 m. It may cause hard disk damage.

Do not over complicate

Do not overcomplicate tapeless by mixing different acquisition formats in the same media. Keep it simple

People tend to shoot much more as the media can be re used. However Overshoots on file-based media will soak up editing time.

Do not open the memory card doors while the light blinks

Do not open the memory card door and remove it while images are being written to it. This would most commonly happen after shooting a burst of good footage. In the heat of the moment, it is easy to want to change your cards quickly. Every camera has some sort of warning you should heed. By disconnecting a card from its power source, you can cause file structure failure.

Do not push the Camera batteries

Never push your camera’s batteries to their maximum. It increases the possibility that the battery will run out of power just as you are taking an image. You risk losing images due to this power failure or worse, file structure damage to the whole card.