How does Netflix approve Cameras? 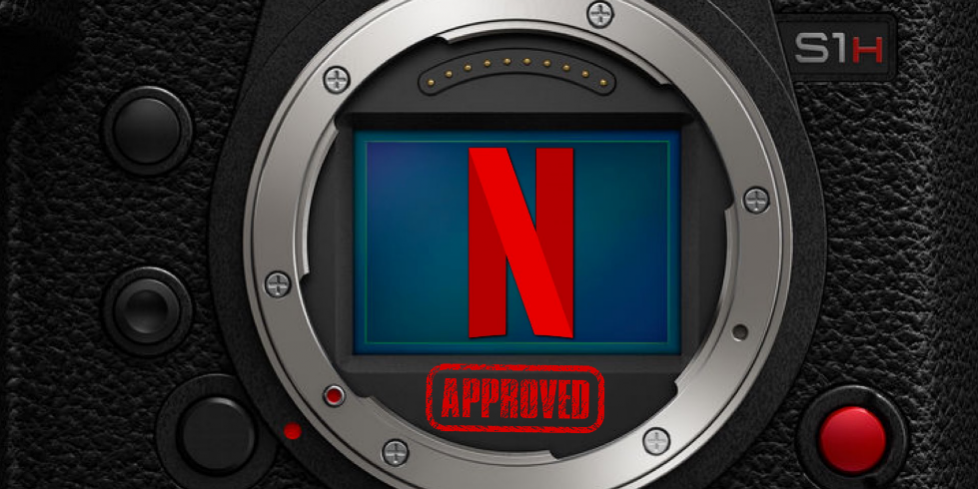 Here are the minimum requirements (in October 2019)for a camera to be approved:
ALL-I codec (workflow is less CPU intensive than with Long GOP codecs)
Ultra HD 3840 x 2160 minimum resolution
10bit LOG and a wide gamut, 240MB/s bitrate (ALL-I) or 16 bit linear
No looks or LUTs baked into original files
Metadata must be maintained in original files (i.e. timecode, ISO, etc.)

90% of the total runtime of a final program should be captured on approved cameras. For nonfiction content, this threshold may be more flexible. Any exceptions must be discussed with the relevant Netflix project lead.

Why is Panasonic S1h is approved by Netflix but S1 is not?
The Panasonic S1H shoots full-frame 4K 10bit ALL-I at 400Mbit, in V-LOG with V-Gamut, meaning it
passes the minimum requirement.
The Panasonic S1 is close but the 10bit V-LOG mode is Long GOP, rather than ALL-I. It has similar image quality to the S1H in ALL-I but isn’t as smooth to edit, especially when it comes to more complex timelines and visual FX work.

Why is the Canon 200 not included?
As Netflix has a 10bit ALL-I or 16bit linear minimum requirement, the Canon C200 misses out on the list due to the RAW format not being 16bit and the normal 4K codec being just 8bit.

Why are Sony A7s II, Canon 5d Mark IV and other similar cameras not approved by Netflix?
No other 4K mirrorless camera is on the list, so no Sony A7S II or similar. The 8bit 4:2:0 at just 100Mbit on the A7 cameras just does not play in the same pro cinema ballpark.

Can Film Cameras be used for Netflix Productions?
For productions seeking to shoot on any photochemical film camera, approvals required from the Netflix project lead.

Some other precautions before choosing a camera for production

Aspect Ratio / Framing:
Aspect ratios greater than 2.00:1 must be evaluated and discussed with Netflix for approval.
Framing chart must be shot before principal photography begins, and processed through the dailies the pipeline which will be shared with editorial, post-production, and VFX.

Anamorphic Lenses:
If anamorphic lenses are being considered, camera selection must take into account the extra resolution required for capture. Contact your Netflix project lead to discuss implications or concerns.

Secondary Cameras:
Any cameras other than the primary camera (crash, POV, drone, underwater, etc.) must be approved by Netflix.
Footage from non-approved cameras will count towards the total allotment of non-approved capture. The allotment is based on content used in the final edit (per episode if applicable) and not on the total captured content. Test footage should be shot and provided to dailies and post-production to ensure compatibility with the primary camera.

Spanned Clips:
Allowing a camera to record spanned clips (single takes spread out on multiple camera cards) is inadvisable. Please avoid this recording method if it is not absolutely necessary.

Look forward to our reader’s comments, corrections and feedback.

Accord Equips is Video production solution providing company in Mumbai, India. We specialise in Video Production ; Equipment Rentals ; Live Streaming ; 360 VR Production. We have offices in Mumbai & Pune This blog is managed inhouse with the help of experts, who encounter practical challenges everyday on shoots.