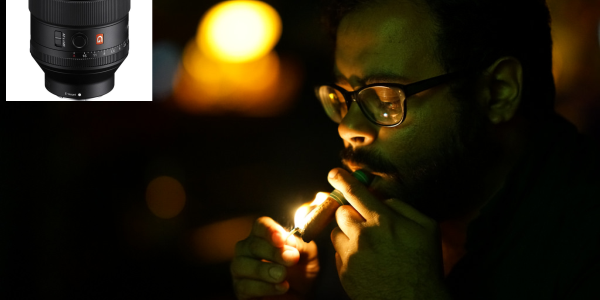 One can set the button to activate Eye AF for natural and easy access to the setting during use.

–          Improved focus-by-wire system helps these lenses to have a more natural feel does not seem to ramp up or down in speed depending on how fast you turn it.

–          The integration of a physical aperture ring, allows to be clicked or de-clicked with a switch which makes it a great option for video shooters, as well as photographers.

–          The small ridge on the bottom of the lens ensures that the lens’s aperture and focus rings are not lying directly on any surface when the camera is laid down.

The lens is slower than other native options due to the use of an older, and louder, Linear SSM system to move the large elements precisely, which could be changed by using the Direct Drive SSM available in many current models.

There is a noticeable amount of chromatic aberration on high-contrast edges at f/1.4 which could of course be easily corrected in post

Tips : It gets better as you stop down, peaking at about f/4-5.6, where it will optimize the performance. Vignetting is also very well controlled and flare is nonexistent.

There are still no witness markings on the lens and no hard end stops which makes them less appealing for use with follow and remote focus units.