The basics of 360 videos 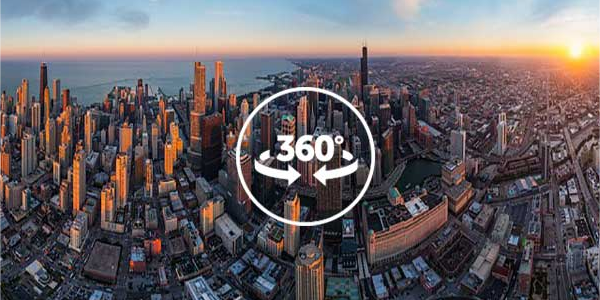 360 degree videos are moving well in a big way globally, across social media platforms, video channels, industries, and just about anywhere else videos can be used. Giving viewers a immersive viewing experience of 360 degree videos. They can be used anywhere from face book to YouTube, editorials to businesses, the world has turned to 360 degree videos to engage audiences in an interesting way.

Kindly click on the image above to get an idea of creating a 360 degree videos at a glance.

Today, several amateur cameras are available to capture 360 degree videos such as the Ricoh Theta, Samsung 360, Kodak SP360, Bublcam, Nokia OZO, Giroptic 360cam, or one could use the professional set of six GoPro cameras. (see image)

360 degree videos are video recordings of a real-world panorama (wide-angle view),one can record views in every direction at the same time, and shot using an omnidirectional camera or more than 1 camera. It’s like a virtual reality (VR) video except that you need a VR headset to view VR videos whereas you don’t need a special headset to view 360 degree videos.

Most amateur cameras shoot and create 360 videos on their own, however if you use the professional gopro setup or any other multi camera setup then it would need professional post production before uploading on different medias.

How 360 videos are viewed

360 degree videos can be played on a computer; the mouse is used to pan around for a 360-degree surround view and a 180-degree vertical view