Things to keep in mind while shooting in India 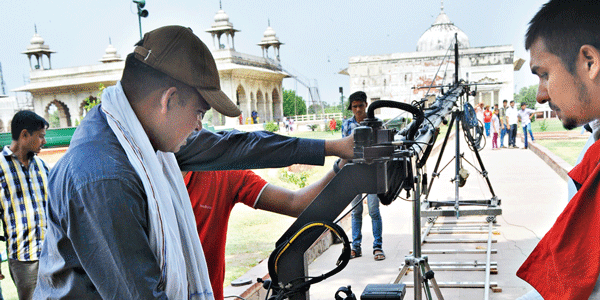 ADVANTAGES OF SHOOTING IN INDIA

India has a diverse range of locations to suit any filming requirement. From a vast selection of desert terrains in Rajasthan to the tropical beaches in Southern India . In addition a range of architectural styles exist, from the Middle Eastern influenced Islamic Mosques, Colonial and Victorian British Architecture and 18th Century Portuguese architecture in Goa.

Limited language barriers
As English is one of the country’s official languages it makes it easier for international film crews to operate and communicate with the highly skilled local technicians. Any crew and most locals understand atleast basic English

India produces the largest number of films in the world.Technicians have an ability to deliver in difficult conditions(often shoots within India do not have sufficient resources and infrastructure)

Production infrastructure
As India is the highest producer of feature films, infrastructure like studios, labs, post-production facilities and skilled crew to support such prodigious output is already in place

SHOOTING IN INDIA : Keep in Mind the following

Most locations are noisy

The crews are always bigger than international locations. This could actually be an advantage as there are more helping hands

Obtaining permissions can be stressful.

Accord Production Hub – a division of Accord Equips,  provides line production services, cameras and crews to various clients locally and internationally. visit www.accordproductionhub.com. You will find the clients testimonials in our client list.