You are here:
Articles by Accord EquipsFilm makingPhotographyVideo Production & Stills 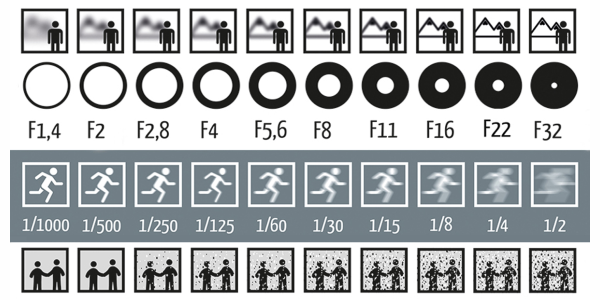 Shooting a video is an expensive project, especially if you’re looking to get high-quality clips and very standard motion pictures. Tools such a video glasses, cameras, and much more will be needed and you need to have proper expertise

When it comes to digital cameras, there’s a lot to be considered, especially considering the fact that you’ll be shooting stuff in motion (like spy camera). To wit, make sure to keep the following in mind when looking to get a camera for a video shoot:

The ISO (not an acronym, by the way) describes the sensitivity that your camera’s sensor has to light. Originally, ISO was known as “film speed,” due to the fact that it was a static measure of light that a type of light could absorb at a time. However, the ISO that’s found in modern digital cameras can easily be adjusted up and down. The higher the ISO, the higher the image, and that is achieved by digitally amplifying the information that is gotten during exposure.

Aperture is a concept that is measured by the f-number scale (a scale that is very confusing). It is a dead simple setting, although its nomenclature is pretty obtuse. Basically, most lenses can easily construct the light that passes through them with a diaphragm, which can, in turn, be extended with the controls on the camera. If you want more light in the videos you take, all you have to do is pull the diaphragm back as far as it can go, and if what you want is less light, extend it, and the incoming rays will be limited to a narrower and focused hole. This means that the aperture is just a relative measure that describes the limit to which the diameter of your camera’s lens opens. An aperture with a lower f-number is lower, with the extremes being f/2.8 (and any number below). Higher f-numbers signify the fact that there is more light being blocked.

However, you should know that a major side effect of having a wide open lens is that it allows a lot of unfocused light rays to go in. This will result in a shallow field depth, and this means that anything that is in front of or behind where you’re trying to focus on will be blurred.

The shutter speed will determine how long the light will take to collect light, unlike ISO and aperture, which are responsible for controlling the amount of light that is absorbed. Shutter speed is measured as a fraction of a second, and this means a camera with a shutter speed of 1/25 will mean that the shutter will remain open for one 125th of a second. If a camera has a higher shutter speed, it is able to capture a shorter time period, and this extremely important if you’re looking to get some blur-free clips. However, lower shutter speeds will also allow you to take in more light.

Rachel Stinson has always had a knack for writing, food, fashion, and places. Blogging has combined all four for her with an added bonus of enthusiastic audiences. She expertly analyzes real estates, restaurants and electronics stores with respect to pricing and people involved and can express her opinions in an unhesitant, engaging manner for all matters.